Yo,
I was gonna e-mail before the video arrived. I was told that it would take 10 days to get there. Please promote the video in Costa Rica. I couldn`t get in touch with Miguel because his e-mail is not active anymore.

Anyways, yeah, after I got your long e-mail I was just super busy putting the video together, organizing the premier, calling magazines...etc. But I am always thinking about retiring back in CR by the beach. Just like what you are imagining. Right now I am going to start a project in Japan. the video was one thing. It has helped me get into the scene here. The review of the video is pretty good. A big skate magazine wants to write something about the vid so it should help the sales. It has been a little over a week and I sold 300 copies. I am sure after the magazine comes out in May, people will know more about the video. In June I am going to Spain for 20 days with some top skaters. We approached MTV Japan to see if they wanted a documentary about the trip. I hear that they are discussing about our offer now. I will keep you posted.
then in the Fall, I am thinking about going to Taiwan for a couple weeks to skate. I`ve seen some crazy spots out there. And in December, I`ll hit up Thailand. Just a busy year for me but super fun.
I`ve been in Japan for almost 2 1/2 years and I am amazed how many people I have met. I just rolled in and now hanging out with the top skaters in Japan. Last night I went out with my friend and met the owner of FTC and Jovantae Turner. He is super tall but not really in the skating scene anymore. Not too long ago I also met Tony Fergusson. He is still skating but not competitively.
I think about visiting Costa Rica often. Who knows when again. But hopefully next year. I just need to keep in touch with my friends because you guys are my brothers. We go way back. 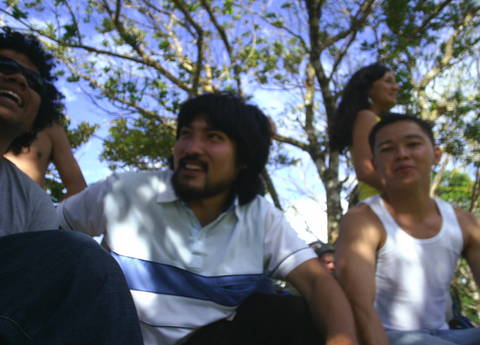